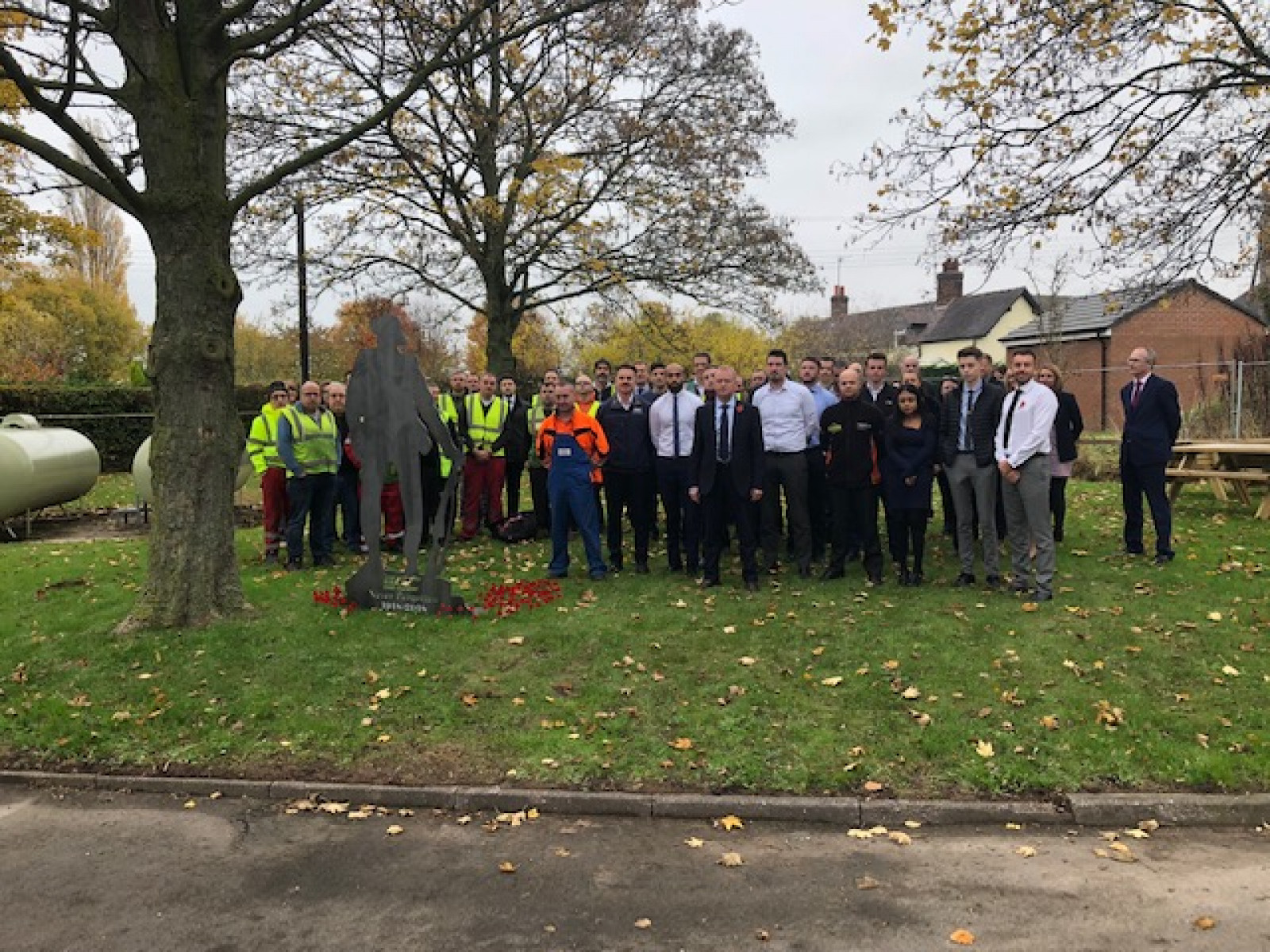 SSC Laser Cutting based in Hixon wanted to mark the centenary of the World War 1 Armistice in a way that fitted with what the business does.

Pictured with the staff is a metal silhouette of a WW1 Soldier standing amongst 100 poppies.

The memorial is manufactured from Corten mild steel. SSC used Corten because its weathers forming a ferrous rust coating, however, once the top surface has rusted it will not deteriorate further. This grade of steel was invented at British Steel Ravenscraig in the late 1960’s. Initially, it was used for manufacturing sea going containers as they are subjected to sea water penetration. Other applications include nuclear waste containers and probably the most famous example in the UK, The Angel of The North.

The World War 1 Soldier and the 100 Poppies were laser cut on a Bystronic Bystar 10 kw flat bed Fiber Laser. It was then folded on a 170 tonne Amada 3000mm Press Brake. The Poppies were then wet painted in Poppy Red leaving the stalks bare metal to allow them to weather and seal.

SSC are really proud of our creation and intend to add a poppy each year that goes by.

Corten steel is being used a lot these days for outdoor artwork, gates, fencing and decorative screens.

Welcome to our microsite, please tell us your name, company and email to chat with a member of the team.