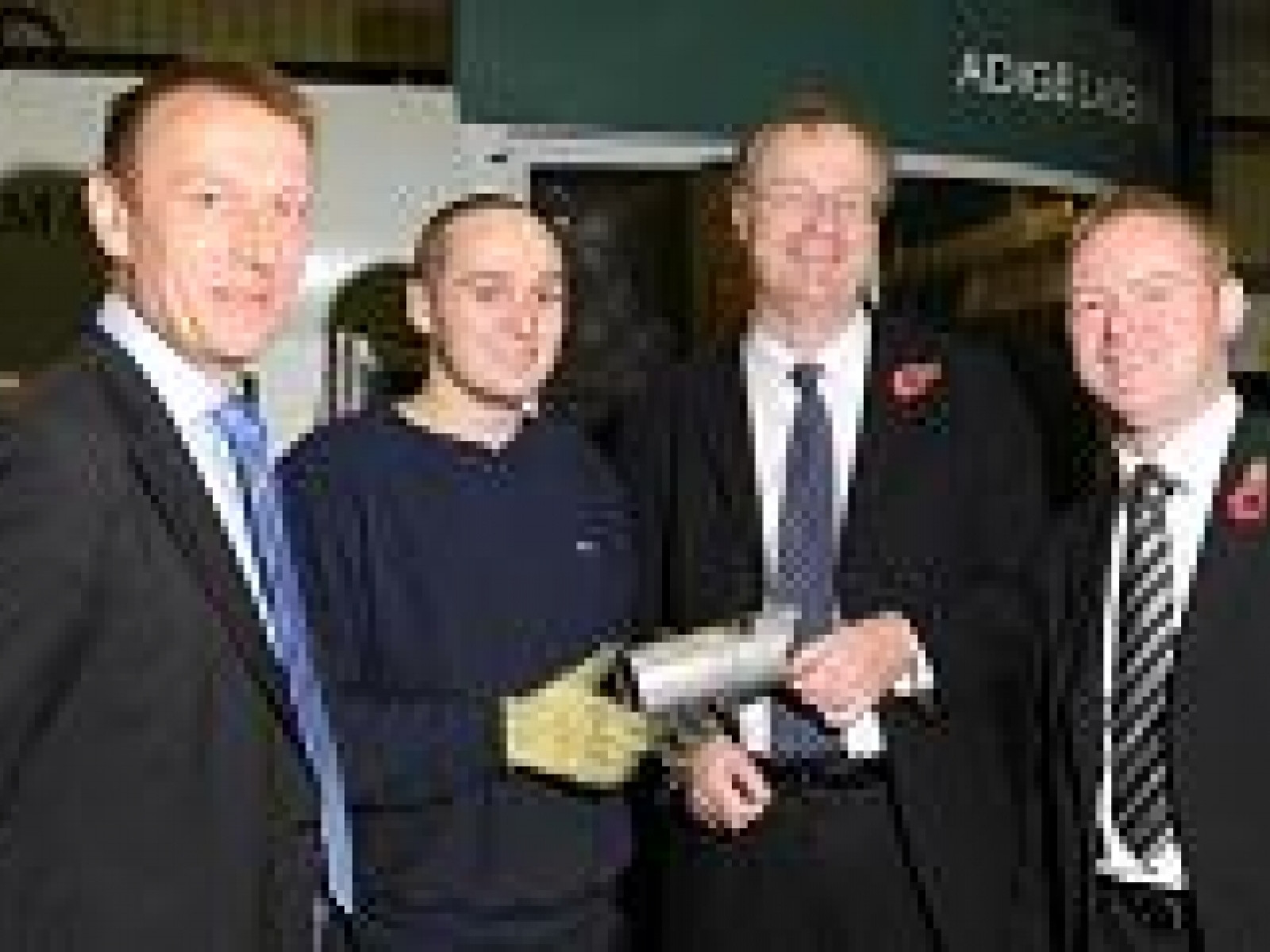 The growth of Staffordshire based laser cutting experts SSC Laser Cutting has been described as “a fantastic achievement” by the firm’s parliamentary representative.

Conservative MP for Stafford Jeremy Lefroy visited SSC’s Hixon headquarters on Friday 11th November to see first hand the levels of investment and expansion the company has made over the last two years.

The firm, which specialises in sub contract laser profiling and also provides press-braking, laser scanning and an in-house CAD service, has sales offices around the UK and recently announced the establishment of a new manufacturing site in Derby. The new factory, which will initially employ 10 people, is scheduled to open in January 2012 and is viewed by the firm as just the start of an ambitious investment plan that will see the business rolled out into every major city in the UK over the next 10 years.

SSC announced record turnover of over £5m at the end of August 2011 and the firm anticipate even more lucrative years in the near future as their expansion bears fruit. £1.7m has been invested in the company over the last two trading years, with recent additions including a brand new Adige LT8 Tube Laser and two new Bystronic BySpeed Pro 3015 Flat Bed Lasers, one of which will be installed at the new Derby site. Following Mr Lefroy’s tour of the Hixon factory he stated that the success of SSC Laser shows that UK manufacturing is on the up. “I am so impressed with the passion they have for what they do at SSC Laser” he said. “SSC Laser has a clear vision and focuses on its core business of laser profiling. Their level of investment on new laser technology over the past two years is proof that UK manufacturing is on the increase. It shows that if companies take the opportunity to invest they will grow and become more profitable. SSC Laser’s organic growth over the past few years is a fantastic achievement.”

Mr Lefroy, who became Stafford’s representative in Parliament at the last election, spent the morning touring the facilities at the 28,000 sq ft Hangar 5 facility, which is in operation 24 hours a day to keep the capacity available for quick turnaround. The MP was privy to SSC’s one-stop workshop for a range of engineering services and advanced tube, box section and flatbed laser cutting facilities, which are able to accurately profile materials such as mild and stainless steel, brass and aluminium.

SSC is championing a clear ambition to be the largest and most successful laser profiling business in the UK, which can only be beneficial to the local community and the next generation of engineers in Stafford. Mr Lefroy said: “I am keen to get young school leavers interested in engineering. We are looking to partner Stafford manufacturing companies with our local schools to promote the opportunities there are within the manufacturing sector for school leavers.”